Sun, sea, and the beach. These are the first things that come to mind when thinking about Spain. At Rent-a-Tent, we can offer you a tent or mobile home in the region of the Costa Brava in Spain! The natural beauty and the diversity of Spain make it one of the most popular holiday destinations in Southern Europe. From Costa to the Balearic islands, from dreamy fishing villages to jetset resorts, and from private villas to public campsites: Spain has it all! Spain offers an abundance of opportunities for those who love the sun, water, and peace and quiet. There is definitely plenty to do for travelers who want to stay active: you can play golf, enjoy hiking and nature, or partake in the local culture. Spain is definitely the best destination for your next holiday!

Click here to learn more about the Costa Brava region of Spain. 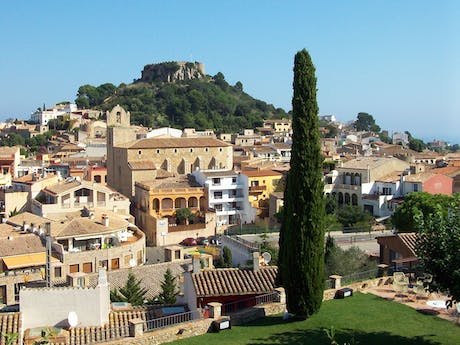 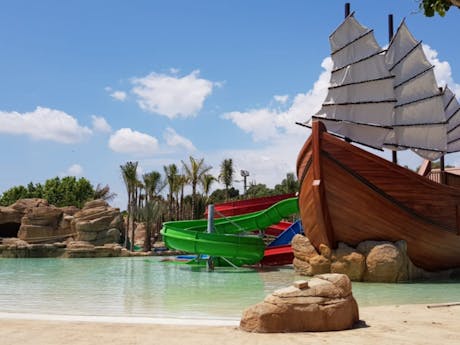 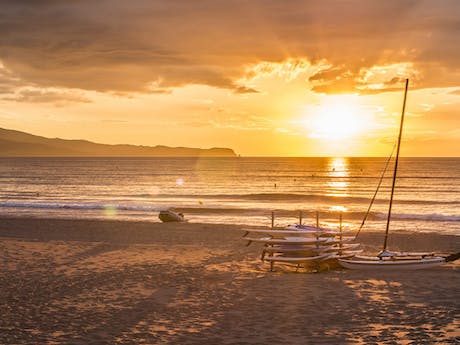 The Kingdom of Spain is located on the Iberian Peninsula, where one can also find Portugal. Together with the Balearic Islands and the Canary Islands, it is twice the size of the United Kingdom. Spain has mainly natural borders: mountains, coasts, and rivers. The total coastline of Spain is 3085 miles (4964 kilometers). Other than Switzerland, Spain has the highest average height, 656 yards (600 metres) above sea level.

The most tourist-friendly region of Spain is Catalonia, with its capital of Barcelona. Catalonia is characterised by the Pyrenees mountains, the stretched fields, the rivers, and its long coastline. The best known coastal region in Catalonia is the Costa Brava, which translates to the wild coast. This name is not given due to the roughness of the sea itself, but due to the fact that the mountains extend to the beginning of the sea. This creates steep cliffs and intimate bays. The best known cities on the Catalonian coast are: Platja d'Aro, Gerona, Tossa de Mar, Lloret de Mar, Figueres, Calella, Blanes, and of course, Barcelona.

No matter which campsite you choose or where on the Costa Brava you stay, you should not miss out on a visit to the capital of Barcelona. During your first visit to Barcelona, your family will not want to leave. We advise you to plan at least two days in Barcelona, because there are simply too many attractions to see in one day. Many think that Barcelona is the most beautiful city in Spain. Visit yourself to see if you agree.