What is it about holidays in Italy that bring in over 50 million tourists annually? Perhaps it's due to Italy holding the most artistic masterpieces per square mile than any other country. It may be the exceptional architecture, or the ancient ruins that have lasted for hundreds or thousands of years. It’s even possible that international tourists journey to Italy just to taste an authentic slice of pizza. Whatever the reason, Italy is sure to be the perfect camping destination for your upcoming holiday. This country offers rich culture, divine cuisine, and astonishing landscapes. Choose from one of our luxurious glamping accommodations and you’ll be sure to experience Italy in its true form!

Click here to view all of our Last Minute Holidays in Italy! 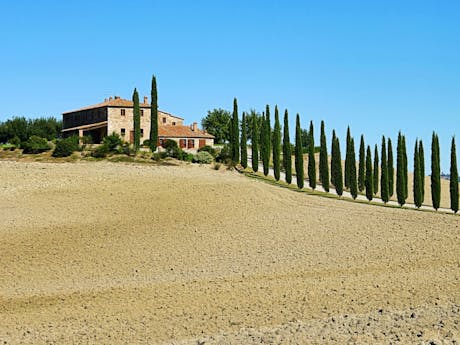 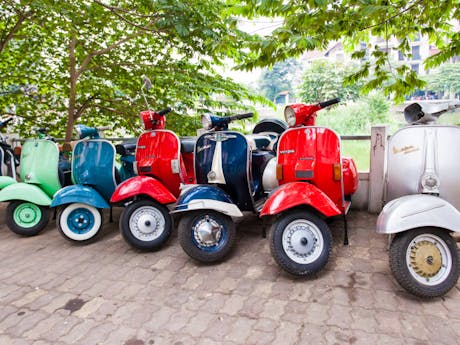 The Italian Republic (Repubblica Italiana) is one of the most influential countries to shape the Western world. Located in Southern Europe, Italy is just over 300.000 square kilometers, which is about the size of the United Kingdom and Ireland combined! Known for its beautiful beaches, this country has 7600 km of coastline, which is the fifteenth highest in the world. Italy also holds Europe’s only three active volcanoes: Stromboli, Etna, and Vesuvius. Additionally, almost eighty percent of Italy’s terrain is either mountainous or hilly. There is no better way to take advantage of the country’s exceptional landscape than by camping in Italy.

When one thinks of Italy, thoughts of ancient ruins, artistic masterpieces, and appetizing food come to mind. Italy boasts several regions and numerous cities that are stocked full of rich culture. One of the most popular regions is Tuscany, with Florence, Elba, Pisa, and Siena being top destinations. This region is most known for its fine art, medieval history, beautiful beaches, and rolling hills. If you would like a more lively campsite in Tuscany, Campsite Norcenni Girasole is a great option. Camping in Italy is the best way to experience the country! Choose between a spacious, preassembled tent or a luxurious mobile home. With Rent-a-Tent, you’ll spend your days discovering the treasures of Italy and your nights sleeping soundly in the presence of nature! Some Italian holidays might not feel complete without seeing the Leaning Tower of Pisa or tasting fine Tuscan wines and olive oils!

In spite of its beautiful beaches, many travellers travel to Italy for its freshwater! Two popular lakes (lago in Italian) are Lago Maggiore and Lago di Garda. On the south side of the Alps, Lake Maggiore extends from the Italian regions of Piedmont and Lombardy far into the Italian-speaking district of Switzerland! Camping in Lago Maggiore is the only way to immerse yourself into its lush, green vegetation and cool, blue waters. Why stay in a stuffy hotel far from the water? You can have an entire mobile home for you and your family just meters away from the shore! The same goes for Lake Garda, which is approximately 370 square kilometers of water and features approximately 160 km of shoreline! As Italy’s largest lake, it’s no surprise that Lago di Garda divides three regions: Verona, Brescia, and Trento. With its stark shade of blue and unparalleled transparency, Garda is guaranteed to be an unforgettable camping destination. Campsites nearby include Tiglio and the popular Bella Italia.

Whether your goal is to witness the remains of The Last Supper in Milan, learn to recreate authentic pasta with an Italian chef in Tuscany, or to hike and swim along the cerulean waters of Lago Maggiore, camping in Italy is sure to make your holiday a success!

Preparation: Fill a large pot with lightly salted water and bring to a rolling boil; stir in tortellini. Cook uncovered, stirring occasionally, until the tortellini float to the top, 5 to 6 minutes. Drain and rinse with cold water. Place tortellini, cherry tomatoes, and pesto in a large bowl; toss until evenly coated. Skewer one tortellini and one tomato on each toothpick. Arrange on a tray. Keep refrigerated until serving.

Which area would you choose?