Rated by our guests
with a: 8
See 2 reviews

Suitable for children
between 8 and 14 years old

Less suitable for children
14 and up 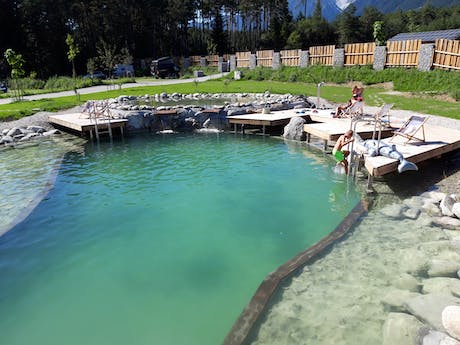 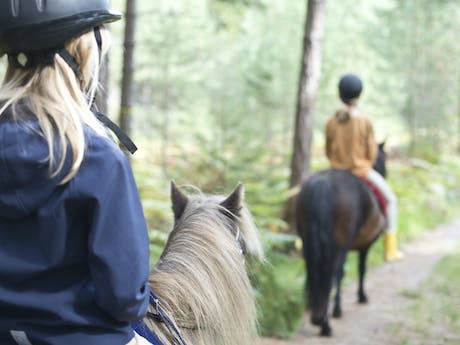 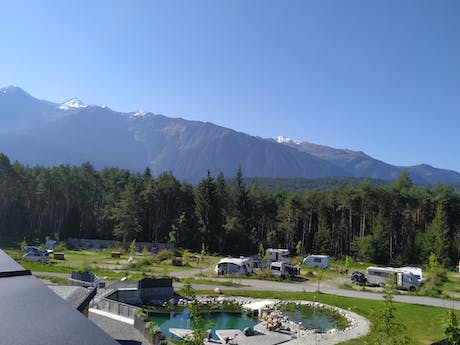 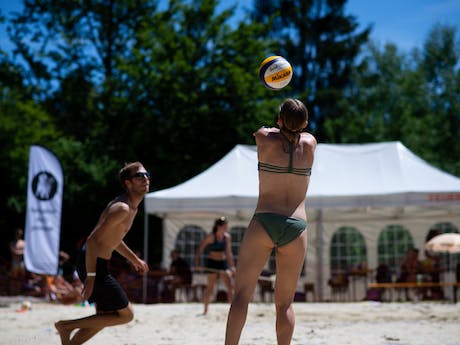 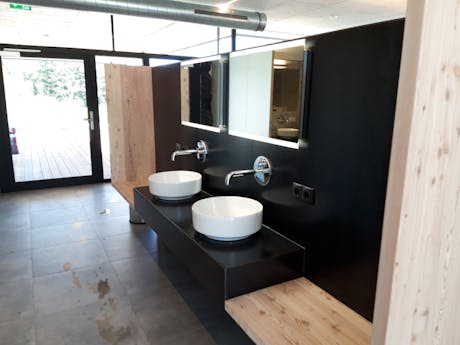 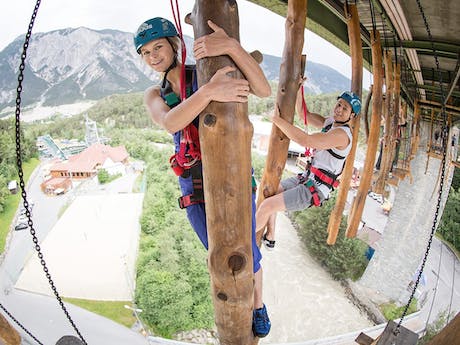 Camping with a view of the mountain giants!

In the middle of the beautiful nature, between pine forests, the reasonably new campsite Sonnenplateau Gerhardhof is located next to the eponymous Gasthof Gerhardhof. The campsite is located on the sunny plateau of Wildermieming at 800 m above sea level , so plenty of fresh air in the middle of the high alpine world of Tyrol . Enjoy the stunning views from your terrace at your GlamLodge tent while the children have all the freedom to play around. Also a perfect location to combine with a more southern destination!

The large swimming pond filled with natural spring water invites for a refreshing dip. The children enjoy themselves at the playground next to the Gasthof. Children cannot resitst the "children's forest". They can play football on the sports field or play beach volleyball. Horseriding is also possible and there is a Slack line track. There is a colorful adventure program for the youngest children in high season.

The shop at the reception offers a wide range of Tyrolean specialties in addition to some basic necessities such as bread. If you don't feel like cooking, the Gasthof is the solution. Enjoy the various dishes and / or a nice drink on the sun terrace.

The modern sanitary facilities are certainly worth mentioning. There are also washing machines, a dishwasher and even a dog shower. Cycling or walking: the area offers plenty of opportunities.

Sonnenplateau Camping Gerhardhof is a small gem in Tyrol where you can completely relax and enjoy a wonderful holiday surrounded by nature. 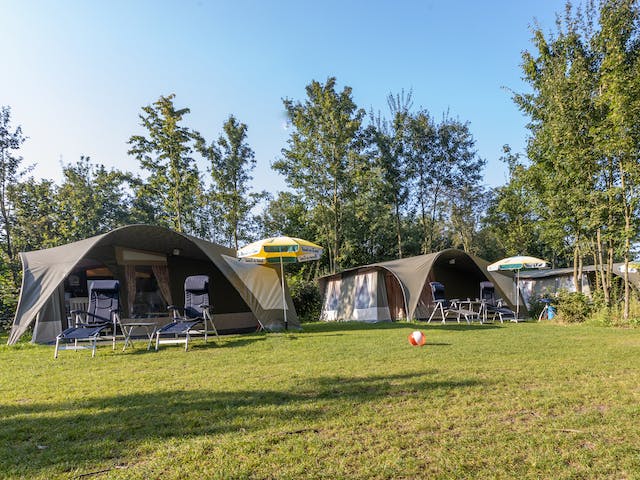 What can be done in the vicinity of Sonnenplateau Camping Gerhardhof?

Centrally located between the mighty peaks of Tyrol is the Inn Valley, where a bridge over the Inn was built in the twelfth century (Inn-Brücke). The settlement at the bridge then grew to Innsbruck. Imposing mountains such as the 2641 meter high Praxmarerkarspitze surround the current capital of Tyrol. And from the Nordkettenbahn, from the center of the city, you suddenly find yourself in high alpine terrain in twenty minutes.

Since the Olympic Games of 1964 and 1976, the sporting character of the city is also known. Numerous sports are possible in the immediate vicinity of the city of Innsbruck: from cycling to mountain biking and paragliding. For the adrenaline junkies Area 47 is an absolute must for a real outdoor adventure. Slightly quieter but no less beautiful, the beautiful waterfalls and the wonderful hiking areas of the Wildmoos and Hochfeldernal. And as a golf enthusiast, you can hit a ball on the 9-hole Golf Course Mieming, only 3.5 km from the Gerardhof campsite.

In the city of Innsbruck you can view beautiful medieval buildings such as the basilica of Wilten the Ottobrug and Haus Fürstenburg, with the world famous golden roof of Emperor Maximilian I. This beautiful 15-century roof is a must-see. Also worth a visit is the "Altstadt" or the old town and the Kaiserliche Hofburg. The real Sissi connoisseurs know that this was the palace of Empress Elisabeth (Sissi). Finally, you can visit numerous museums: from Schloss Ambras to the Riesenrundgemälde, a panoramic painting about the Third Battle on the Bergisel.

Do not forget to visit the Swarovski Kristallwelten in Wattens. It is also not far to Seefeld in Tyrol (approx. 18 km). The town of Telfs also has a lot to offer. Sonnenplateau Camping Gerardhof is located on a side road of the B189 that leads directly to the Fernpass . The campsite is therefore also ideally suited as an intermediate destination for your journey to the south or north.

8.0
It was good
Familie Seemueller
Family with young children
On holiday in August 2022
Review submitted on 08 September 2022
We had a good and relaxing time.
8.0
Wonderful campsite
Familie Veronesi
Family with young children
On holiday in June 2022
Review submitted on 25 June 2022
It was a great experience. We found everything that we were looking for. Great facilities. Clean bathrooms. Big tent with everything it was necessary inside. Unfortunately during the period we were in the campsite the weather was really cold. So we didn’t enjoy our stay during the night because of the temperature
Location of the camping: 8
Sanitary ware: 8
Dining: 8
Child friendliness of the location: 8
Accommodation: 8
Read more
Terug naar uw boeking
«
»
✖