Rent a bungalow or mobile home surrounded by the Austrian Alps

Austria’s long history, musical influence, and breathtaking environment make it easy to understand why there are over 40 million foreign arrivals to the country each year! Though this country boasts the oldest flag in the world, the oldest zoo in the world, and the oldest theatre and opera festival in the world, it is booming with new tourists every year. Is it the cuisine of Austria that attracts so many visitors? Try a Tafelspitz, the Austrian national dish, or go for the classic wienerschnitzel. If you have a sweet tooth, you can’t miss out on an authentic apple strudel. For wine connoisseurs, ask for an “ein Achtel”, or an eighth of a liter, the most common wine serving size. While you’re on holiday, don’t forget to send a postcard, for this style of mail was first created in Austria around 1869. With Rent-a-Tent, you’ll experience all the scenery and nature Austria has to offer! Choose from a preassembled bungalow tent or a luxurious mobile home and you’re on your way to having the perfect Austrian holiday. 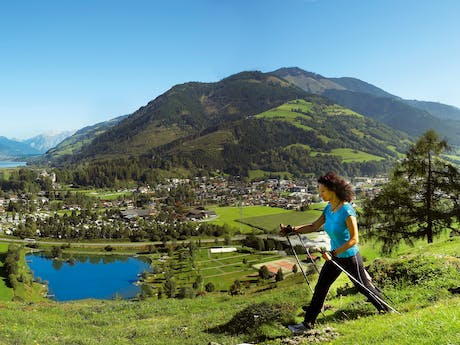 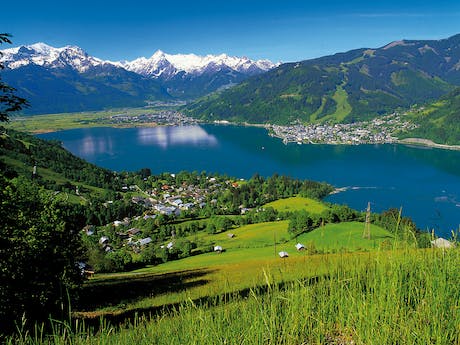 Did you know that 62% of Austria’s land is covered by the Austrian Alps? The country boasts 13 peaks above 3.000 meters and 34 above 2.000 meters. Many people visit Austria to go Alpine (“downhill”) skiing in the winter, but did you know that you can also ski in the summer on Kitzsteinhorn Glacier in the High Tauern mountains? However, not all water in Austria is frozen. In fact, this country boasts the tallest waterfalls in Europe; the Krimml Falls (Krimmler Wasserfalle) reach heights of 380 meters! At just over 84.000 square kilometers, this country is slightly smaller than the state of Maine. Maybe this is why over one-fourth of the population lives in Vienna!

Austria is perfect for those who love an outdoor adventure, whether it be summer or winter. For summer travellers, you can’t miss going on a hike through mountains and valleys, with marked trails along the Tyrolean Alps. If you’d like to be right on the slopes of the Alps, Campsite Sonnenplateau Gerhardhof is the spot for you. It’s also just a few miles from the city of Innsbruck, where you’ll enjoy architectural sights such as the Imperial Palace and the Golden Roof (Goldenes Dachl). There’s also a few zoos, art museums, and ski/snowboard areas. In Kaprun, learn to sail through the cool, blue lakes or try paragliding over the green pastures and rolling hills. Sportcamp Woferlgut is perfect for this region and is a site completely surrounded by the Alps. Winter travellers will rejoice, for the Kitzsteinhorn glacier at Zell am See can guarantee ideal snowboarding and skiing conditions for 10 months of the year! Those with equestrian interests are encouraged to visit the Spanish Riding School in Vienna, where you’ll find traditional Lipizzan horses performing an elegant ballet. If you’d like to camp in nature, but closer to bigger cities like Vienna and Graz, then Campsite Bella Austria is the spot for you.

The country’s name, “Austria”, comes from the Germanic word “austro”, meaning east. But, what makes an Austrian, an Austrian? Citizens of Austria have had a great deal of influence on the rest of the world, such as Baroness Bertha von Suttner, who in 1905 became the first woman to win the Nobel Peace Prize. Another example is the famous psychiatrist, Sigmund Freud, who founded the psychoanalytic theory that many still reference today. Music has also taken cues from Austria, with classical composers such as Wolfgang Amadeus Mozart born and raised in the country. Even Ludwig van Beethoven spent most of his life in Austria. For vehicle enthusiasts, Ferdinand Porsche is of Austrian nationality. He is best known for creating the Lohner-Porsche: the first gasoline-electric hybrid vehicle, the Volkswagen Beetle, the Mercedes-Benz SS/SSK, and of course, the Porsche automobiles. Whatever you drive, park your vehicle next to your fully furnished glamping tent and start your holiday with no set-up or stress!

Austria supplies some of the most comfortable summer weather and adventure-worthy winter conditions. Camping in Austria is the best and only way to experience the natural world Austria has to offer! Choose from a preassembled tent, equipped with a kitchen and separate bedrooms, or a luxury mobile home with a full kitchen, shower, toilet, bedrooms, living space, and more!